A preview release of Mendeley Desktop 1.7 is available. This release makes it easier to use custom and 3rd-party citation styles, includes an updated plugin for citing your Mendeley documents in Microsoft Word 2011 for Mac and includes a number of improvements to search.

The Mac Word plugin has been updated for Word 2011 on Mac. The updated plugin has a more obvious UI for inserting citations and bibliographies. It is also much faster when refreshing medium to large bibliographies.  Word 2008 is still supported, but it will continue to use the earlier plugin which is accessible from the ‘Script’ menu in Word.

Internal search has been overhauled in this release.  Many of the changes are internal to improve consistency, performance and stability.  There are a number of user-visible changes:

As always, we really appreciate help from early adopters helping us get the next release into shape.  Please download the preview and let us know if you find any issues.  You can report any issues on our support forum .  You can also suggest improvements our UserVoice forum.

For the full list of fixes and improvements, please see the release notes.

One of the great built-in features in Mendeley is without a doubt the citation plugin for your word processor of choice. We currently support most of popular word processors such as MS word (Mac and Windows), OpenOffice, Neo Office, and Libre Office. We’re continuously working to improve the efficiency and general user interface of this plugin because we feel it is an important component within Mendeley Desktop and your overall research workflow.

That being said, I’d like to touch on a small aspect that many Mendeley citation plugin users are probably unaware of. If you add multiple citations at the same time, the appropriate citation style is used for such situations. For example, if you were citing 3 articles and they were the 3rd, 4th and 5th citations added, they’d probably be added as follows 3-5 (if using a numeric inline citation style format like “Nature Genetics”.). However, if you went in to the document and wanted to add another reference in that bundle, it would show up as 3-5 6. That is not good.
Quick solution? Delete the citations and add all four together. Which would mean remembering which reference they were, selecting all four and adding them in again.

Better solution? Merge the citations! Just select the 3-5 and 6 citation and then go to your citation plugin options in your word processor and select Merge citations. The end result should be 3-6. No need to go track down the references again. Just select, merge. Done.

Check out this quick 2 minute video showcasing our Word plugin:

Here are the previous eight entries in our How-to series:

Have you ever had to quickly send a reference to someone by email or instant message (IM)? How about send a list of references at once? This can be quite a task if you have to open each PDF, copy the title, author, journal, year, etc. And format them in an email or IM reply.
For these cases, and anywhere you’d like to rapidly copy and paste one or multiple references, Mendeley Desktop has got you covered.
Here’s how:

Quick note for those paying closer attention: you can also copy the references as LaTeX so the crafty LaTeX users can also enjoy the fun (CTRL+K or CMD+K for Mac)!
Another quick note: You can change the default formatting used in Mendeley Desktop by going to the menu “View > Citation Style”. There are quite a few styles to select from, so enjoy.

Stay tuned for the next entry in this twelve-part series of how-to posts. We’ll be going over supplementary data. 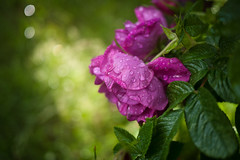 The most laborious part of any research paper for me, and probably for many of you, is making sure that the references are formatted in the proper style. Is the title supposed to be in italics? Do I need a period or a comma here? It has always seemed like exactly the kind of thing that a computer should be able to do for me, and now with Mendeley it can. Mendeley uses a system for formatting references called the Citation Style Language (CSL), which is sort of like HTML, but for citations. With Mendeley, you simply tell your word processor what citation style you want (picking from a library of thousands of styles) and our word processor plugin handles the rest. END_OF_DOCUMENT_TOKEN_TO_BE_REPLACED

Update (30/09/11):  Unfortunately we’ve had a small number of users report a connectivity issue with the Mendeley Desktop v1.1 release on some Windows systems which we did not encounter during testing.  Our developers are working hard on a reliable solution to bring you the best experience possible. A Mendeley Desktop v1.1.1 release resolving the issue will be rolled out sometime in the next few days.  Until then, we’ve removed the v1.1 download from our servers, and encourage you to use the previous Mendeley Desktop v1.0.1 release instead.  We apologize to those of you affected – we will release the fix asap.  Thanks for your patience.

Mendeley 1.1 is now available. There are several notable improvements to the citation insertion functionality, as well as significant under-the-hood bugfixes and speed + appearance tweaks. You can read the full release notes here.

Interface tweaks include better performance of web content in the desktop client and smaller download/update sizes. Many old UI issues have also been resolved.

[Editor’s Note–We thought you’d like to know: this 2011 post is a bit dated. Find current info on Mendeley’s citation abilities here, and details about editing citation styles in the Mendeley Guides.]

Mendeley uses the Citation Style Language v1.0 to format citations and bibliographies in our Word and OpenOffice plugins. Although we provide styles for 1000+ journals, we realize this isn’t enough for everyone. If you need to customize a citation style and are not scared of editing a little XML (it’s actually not that difficult), read on… END_OF_DOCUMENT_TOKEN_TO_BE_REPLACED

[Editor’s Note–We thought you’d like to know: this 2011 post is a bit dated. Find current info on Mendeley’s citation abilities here, and in the Mendeley Guides.]

Many researchers use Mendeley to format citations as they’re writing papers, but what if you’re working on something a little less formal? Wouldn’t it be nice to be able to drop a few citations into a comment or web form or some other application that doesn’t have the tight integration that’s available with Word or Open Office? There are a couple quick ways to grab a formatted citation using Mendeley: use the “copy formatted” option in Mendeley Desktop, grab it from the page in the research catalog, or just drag it into your application.

END_OF_DOCUMENT_TOKEN_TO_BE_REPLACED

Editor’s note: This is a guest crosspost from Dario Taraborelli who created the ReaderMeter application on top of the Mendeley API. Dario also blogs at Academic Productivity. He asked if he could talk a bit about citation metrics. Over to Dario….

Readers of this blog are not new to my ramblings on soft peer review, social metrics and post-publication impact measures:

END_OF_DOCUMENT_TOKEN_TO_BE_REPLACED

Above is an image from a talk that I gave earlier this year. As you can see, if I lived decades ago, I could somewhat keep up with all new research that pertained to me. Today though? Forget about it. There is just way too much going on. Even if I consider myself to be in a niche research field, I should still be keeping up with cross-disciplinary material that is relevant to my research. There is just no way to keep up with all of that information. It is information overload.

Ask yourself how you find out what is relevant to you in your research field. Got it? OK, we’ll get back to that, but before we do, ask yourself what percentage of all relevant information are you actually consuming? Let’s look at that figure above in the form of a pie chart to help us answer that question. END_OF_DOCUMENT_TOKEN_TO_BE_REPLACED