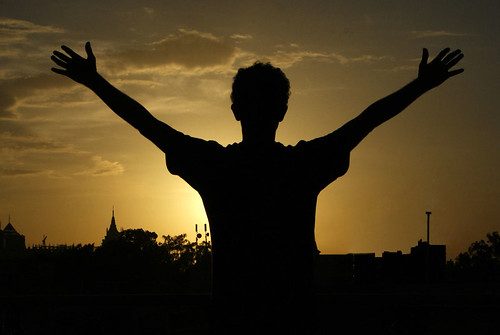 We’re very happy to announce the release of the first true “what-you-see-is-what-you-get” citation style editor for open source CSL citation styles – produced in collaboration with Columbia University Libraries and supported by a grant from the Alfred P. Sloan Foundation.

Most academic journals insist that papers submitted to them conform to the journal’s own idiosyncratic style of citing research. This has led to a proliferation of thousands of different citation styles, often with only minuscule differences in things like the placement of commas or use of italics. To support their users in this arduous task, modern reference management tools like ours ship with 2789 different citation styles for use when formatting a bibliography in Word or Open Office.

It turns out that 2789 was still not enough! Being able to edit and create new citation styles easily was the top-ranked feature request by a wide margin on our user feedback board. Researchers frequently lamented that the one particular style they needed was not covered, or that they were unable to switch from legacy applications such as EndNote or RefWorks as long as a particular style was lacking. We could have done what these older applications did and create our own closed, proprietary, citation style editor to likewise prevent people from easily switching to another tool, but that’s not how we do things at Mendeley. Because we implement CSL, the open source citation style standard first implemented by Zotero, we were able to work with the open source community to develop an visual, what-you-see-is-what-you-get editor for these styles to not only make it easier for our researchers to customize and create styles, but also to make it easier for them to collaborate with colleagues who may use a different tool such as Zotero, Papers, or another of the many applications which have since implemented the CSL standard.

We’ve used CSL styles from the start, but until now it’s been a bit difficult to customize the styles, because that required a knowledge of XML syntax. This meant that creating majority of researchers editing or creating styles was out of their reach. The new WYSIWYG citation style editor allows anyone to click on any element of a citation they would like to change and then format the output by selecting some properties to apply to that element of the citation. The output is saved in CSL-compliant XML and can thus be used in any other reference management tool. If a researcher does not know the name of the citation style they need, they can simply enter an example citation, and the CSL Editor will suggest matching styles.

As you might expect from us by now, the way we have set this up means that you don’t just personally benefit from having an easier way to customize your own styles. Changes made to styles locally can propagate back to the central style repository where they can be used by everyone. Although this feature isn’t fully ready yet, think of it as the Wikipedia of citation styles.

Jeffrey Lancaster, Emerging Technologies Coordinator at Columbia University Libraries was our academic collaborator on this project and he said: “Developing the CSL editor with Mendeley provided Columbia University Libraries an opportunity to meet a need held by researchers across many diverse disciplines. Engaging with highly skilled Mendeley developers and the open-source community enabled us to successfully achieve a common goal that contributes to an ever-growing set of tools available for the research process; this model of collaboration will no doubt find many other problems to solve as technology continues to improve the academic research workflow.”

We’ll do more posts over the next few weeks and into the Spring on how to use the editor to find, create, or modify a citation style to your needs, but it’s really quite easy, so you may just want to jump in and get started. You’ll need to do a one-time authorization for the editor to access your account and then you can start editing. Here’s some examples of simple CSL style edits.

We have open-sourced the code of the CSL Editor under the MIT license.