2016 is set to be the hottest year on record. Rising sea levels have already forced out entire communities; melting permafrost may have unleashed an anthrax epidemic in Russia.  In response, the United States and China have promised to curb their carbon emissions.  However, is this a case of too little, too late? We are looking for the most well thought out answer to this question in up to 150 words: use the comment feature below the blog and please feel free to promote your research!  The winner will receive an Amazon gift certificate worth £50 and a bag full of Mendeley items; competition closes October 19.

According to NASA and the United Nations, 2016 promises to be the hottest year on record.  This past June was, according to the UN, the “14th month for record heat” on land and sea.  This change represents a 1.3 degrees Celsius increase on the temperatures of the pre-industrial era.

The consequences of climate change have already been severe.  In August, the coastal village of Shishmaref, Alaska voted to relocate itself due to rising sea levels.  Elevated temperatures have been linked to melting of the permafrost in Russia, which may have sparked an outbreak of anthrax.  More extreme weather events and their follow on consequences have been widely predicted.

At the recent G20 summit, the two nations which emit the most carbon, China and the United States, agreed to make significant reductions.  In August, the Netherlands discussed banning petrol and diesel fueled cars. President Obama also promised $40 million to island nations in order to help them cope with the effects of climate change.

Too Little, Too Late?

The nations of the world are finally grappling with the reality of climate change, but are these efforts too little, too late?  Tell us! 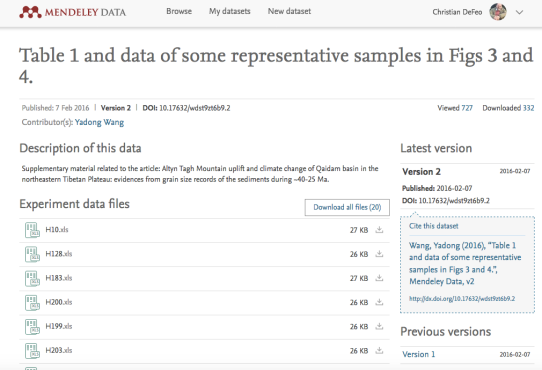 Climatologists already use Mendeley Data to store their findings; it’s handy, easy to use and offers a broad variety of licensing schema so that your data can be distributed, embargoed and utilised in any way you choose.  It also interlocks with the wider Mendeley ecosystem for added convenience.  Visit http://data.mendeley.com

Our Brainstorms are challenges so we can engage with you, our users, on the hottest topics in the world of research.  We look for the most in-depth and well thought through responses; the best response as judged by the Mendeley team will earn a prize.

50 thoughts on “Mendeley Brainstorm: Climate Change – Too Little, Too Late?”