Mendeley is all about changing the way we do research and so is ZappyLab. We are so impressed with their suite of life science tools for laboratory researchers that we’ve teamed up with the ZappyLab team on their recently launched Kickstarter campaign: 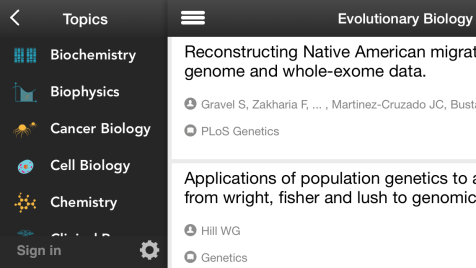 ZappyLab has just launched a Kickstarter campaign (link) for the creation of a free, up-to-date, crowdsourced protocol repository for the life sciences. And we are excited to have the support of Mendeley in this effort. The Mendeley team is graciously providing their Premium membership plan for 2 years, to a hundred of our backers.

A month and a half ago we announced a beginning of a collaboration with Mendeley where we enabled synchronization between our PubChase website and mobile apps and the libraries of Mendeley’s biomedical users. As we wrote then, this is just a first step of a deeper integration of our tools.

What Mendeley’s commitment to our Kickstarter campaign shows is that our partnership is much deeper than just utilitarian tool integration. Over the past six months, we have had a tremendous degree of advice and help from William Gunn, Victor Henning, Joyce Stack, Rosario García De Zúñiga, and Jessica Reeves.

Why has Mendeley been so supportive? Probably because our companies are closely aligned in the approach to science innovation. We are building productivity tools to make scientists’ lives easier, with the ultimate goal of increasing communication, sharing, and collaboration between researchers.

Have you tried to raise money for your research project through crowdfunding? Did you know we have a Mendeley Crowdfunding group to discuss these issues? Let us know what you think in the comments below!