LaTeX is a document preparation system for the communication and publication of scientific documents that include complex math expressions or non-Latin scripts, such as Arabic, Sanskrit and Chinese. It is widely used in many fields in academia, including mathematics, physics, computer science, statistics, economics and political science. In LaTeX the writer uses plain text and uses mark-up tagging conventions to define the general structure of a document (such as article, book, and letter), to stylise text throughout a document (such as bold and italic), and to add citations and cross-references.

After having followed this interactive course you will be able to work with LaTeX for your manuscripts. Topics addressed are:

* Using the software for scientific manuscripts;

* Output of data and documents;

Understanding of all topics is checked during the course.
Click here to start the course 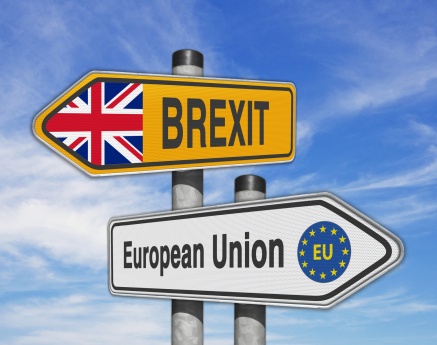 Britain’s decision to leave the European Union on June 23rd has set off a political and economic earthquake. As the country struggles to discern its eventual relationship with its neighbours, so too has the scientific and research establishment been left reeling.

British universities have benefitted significantly from EU funding; according to the BBC, they receive in excess of £1 billion per year. Furthermore, thanks to the freedom of movement, EU researchers have found it easy to work in Britain and vice versa. Some scientists believe that the funding shortfall and restrictions on personnel will cripple British research; others believe that it need not hinder British science. Early indications suggest that there will be a negative effect; according to an article published in the Guardian newspaper on July 12, British researchers are already being excluded from projects: “an EU project officer recommended that a lead investigator drop all UK partners from a consortium because Britain’s share of funding could not be guaranteed. The note implied that if UK organisations remained on the project, which is due to start in January 2017, the contract signing would be delayed until Britain had agreed a fresh deal with Europe.”

There are broader implications: research in advance of the referendum indicated that its effects could reach as far as sustainable forest management policy, suggesting that without the UK, the “EU will lose impact in international negotiations on forest governance” (Winkel and Derks, 2016)

This week’s Brainstorm is asking a very straightforward question: how will Brexit affect science, not just in Britain but across the European Union? We are looking for the most cogent, thorough answer to this question. The winner will receive an Amazon gift certificate worth $50 and a bag full of Mendeley items.

Mendeley Brainstorm: Our Brainstorms are fortnightly challenges so we can engage with you, our users, on the hottest topics in the world of research. We look for the most in-depth and well thought through responses; the best response as judged by the Mendeley team will earn a prize.

WINKEL, G. and DERKS, J. (2016). The nature of Brexit. How the UK exiting the European Union could affect European forest and (forest related) environmental policy. Forest Policy and Economics, 70, pp.124-127.